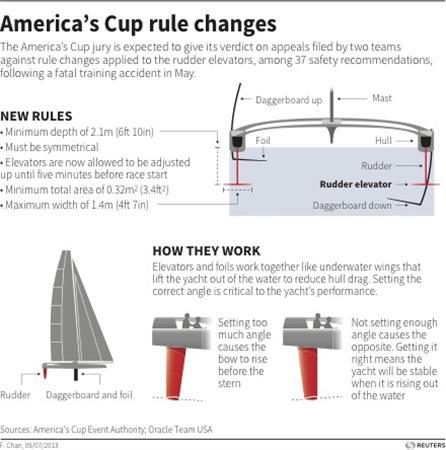 The America’s Cup event authorities who oversee the events feel that the revisions made have brought in a hallmark change for the regatta series. This has come about after a span of 165 years. The teams coming together to bring about the changes also showcases an involvement of the skippers much beyond momentary participation in the events. END_OF_DOCUMENT_TOKEN_TO_BE_REPLACED

On Saturday the six teams took to the waters with Britain’s Land Rover BAR team being in the leading position. As the leader board scores showcased, Team NZ was in third place and their position remained the same when the first day of the races ended. The team was skippered by the expert sailor Glenn Ashby. The team finished in the second position in the first race while they obtained fifth position in the second race and was third in the final race. As a result, they accumulated a total of 23 points. END_OF_DOCUMENT_TOKEN_TO_BE_REPLACED